You may have heard that over 80% of the S&P 500 market value lies in intangible assets. I’ve read it countless times in different context since then, but it wasn’t until I discovered the book “Capitalism without Capital” by Jonathan Haskel & Stian Westlake that I started appreciating the underlying socio-economic shift happening right in front of us.

The statistic seems almost obvious when considering that some of the most valuable companies in the world such as Google, Facebook & Netflix have built their fortune on products & services that are not existing in a three-dimensional space (or “things you can’t stub your toe on” as illustrated by the book’s author Stian Westlake).

But the trend affects much more than the metaphysical nature of merchandise – it’s changing the fundamental mechanisms of the economy and having profound consequences that are shaking the foundation of our societies and political system at their core by fostering inequalities and rendering traditional political remedies powerless.

One crucial property of these intangible assets is scalability: replication can be as simple as copy & paste, and delivery around the globe is immediate, bypassing the need for the complex and expensive burden of setting up a supply chain and distribution channels.
But easy replication is a two-way street: in what the book’s authors call the spillover effect of intangible assets, they describe how the value created by a company can be taken advantage of by rivals. One example is the iPhone design, revolutionary at the time of its release, which has since set a standard guiding virtually every smartphone maker since.

Traditionally, the framework concerned with securing & protecting the interest of innovators and inventors is the intellectual property rights system.
One might argue that the way forward would be strengthening the IP rights system, giving the right holders more power and control over their creations, in the spirit of the US constitution:

‹‹To promote the Progress of Science and useful Arts, by securing for limited Times to Authors and Inventors the exclusive Right to their respective Writings and Discoveries;››

However, a case against stringent IP rights may be easily made when considering it may dampen the potential of lucrative synergies and the cross-fertilization of ideas, and when keeping in mind the macroeconomic perspective: if our institutions should grant inventors and innovators special rights, it ought to be for the benefit of the entire society.

A telling case casting doubts in this regard is the development of the steam engine. Its inventor James Watt was granted exclusive use when he patented his invention in 1792. According to Michele Boldrin and David K. Levine, during the 30 years period of Watt’s patent, the steam engine was improved at a rate of 750 horsepower of per year. In the thirty years following Watt’s patents, additional horsepower was added at a rate of more than 4,000 per year – both because Watt was preventing others from commercializing their work and, ironically, because patents were blocking him in the use of crucial elements1.

In the end, it’s all a matter of trust. How can a company or individual trust that the investment in a new idea will not be lost to everyone? How can partners and clients be trusted? And in general, how can trust be created in a global, digital, intangible context? 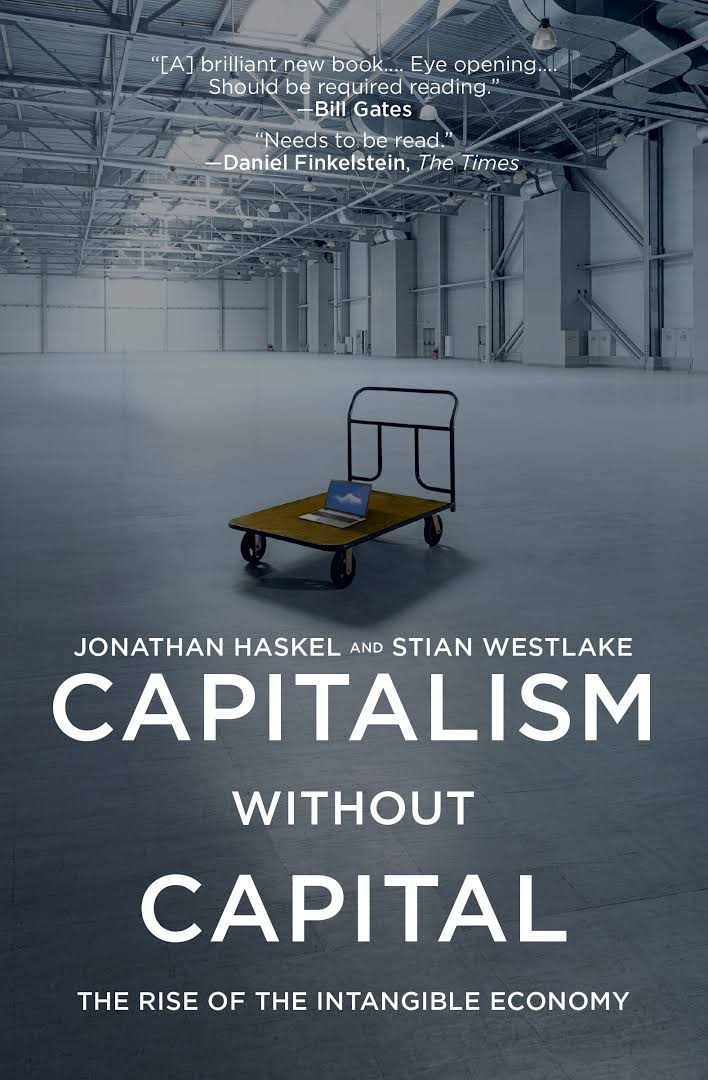 The architecture of trust

Trust is quintessential to any thriving society. We rely on trust for every single transaction and interaction we take part in. Theoretically, a trustworthy environment is highly profitable for everyone involved but it is difficult to set up, hard to maintain, and even harder to rebuild. One deflector is enough for a chain reaction.

Duke Professor of Psychology and Behavioral Economics Dan Ariely illustrates this with a hypothetical exercise he calls the trust game, in which 10 participants are granted 10$ each day and can choose to invest those in the common pool. At the end of the day, the content of the common pool is multiplied by 5 and distributed equally among all 10 participants.

If everyone participates, the pool is increased from 100$ to 500$ and every participant receives 50$, maximizing the value for everyone.

It gets tricky as soon as one participant doesn’t invest: the pool then contains 90$, increases to 450$, and each participant owns 45$ at the end of the day – except the deflector, now owning 55$. Very quickly, this would demotivate the other participants and thus starts the downward spiral.

So what are the possible mechanisms for trust to be created in such an environment? Of course, if the participants knew each other, concepts such as morals, or reputation would hold the group together – but how does it work in the context of brilliant ideas and intangible assets in a globalized economy full of competitors and anonymous participants?

That’s where the “Leviathan” of the Intellectual Property Rights System comes in: powerful institutions such as the patent system and other registered and highly regulated legal bodies, setting strict rules, granting powerful, enforceable rights and punishing infringers – substituting the need for trust in the counterpart for the trust in legal agreements and the heavy hand of law. I’m, of course, thinking about the patent system and other registered rights.

This approach has many drawbacks, including being slow, inefficient, expensive and therefore favoring large players with financial resources, fragmented among different legislation – and maybe most of all: leaving out huge parts of digital art and innovation.

What if there was a third way, one that would scale in large markets without requiring the offsetting of trust to central authorities? One that would level the field between incumbents and disruptors, and create the right incentives for trustworthy behavior?

This is what Kevin Werbach calls “distributed trust” and it represents a paradigm shift from trust in people or institutions to trust in technology, more specifically blockchain technology.

At its core, what blockchain technology represents is a perfect, universal public registry independent from any single source of trust.

This public registry, valid globally because it is based on math, can be leveraged to allow innovators and creators to create certificates proving the existence, integrity, and ownership of their assets – without having to disclose them to anyone.

It’s important to understand that this technology is not a digital rights management tool: it doesn’t make theft, copies and illegal usage impossible – this will never be achieved in the digital realm.

However, what it gives individuals and companies is an undisputable and convenient way to prove their rights.

It means simplicity and transparency. It also creates precision and a more tangible way to define and anchor intangible assets such as ideas and information. For sure, it produces peace of mind by reducing risk and strengthening the position of innovators while deterring unfair behavior. Definitely, this facilitates collaborations, exchange, and synergies.
And maybe, yet hopefully, this will support us in getting the respect we all deserve.

Jean-Maxime Rivière is the co-founder of Bernstein, a Munich-based startup empowering innovators and creators by leveraging the blockchain to help them secure their ideas and creations.

Learn more about Bernstein and how blockchain can support creators and innovators, or get in touch with the author.