Do we really know what video games are?

I’ve always thought the day would come when we’ll all have to press a button labelled “Play”. Deep down inside, we all dream, feel and imagine. As a child, playing was always my favorite everyday activity.

As an adult, I’ve discovered that gaming is possibly one of the most appealing ways to learn. But… Is society aware of the benefits that playing can bring about? Are we also aware of the unstoppable growth of this industry, whose turnover in Spain is double that of music and movies combined? (According to AEVI, 1.53 billion euros in 2018)

Do we really know what video games are? They are, quite simply, an excellent blend of design, technology, art and music. A fusion between different disciplines capable of creating a perfect “whole”. Video games, enveloped by the term “playability”, have always stood out for their interactive ability. It is a medium that is intended to create sensations in individuals.

If you will allow me, in what follows I will try, at least a little, to dispel the ghosts that surround gaming, to tear down the labels that confine video games and defend that button that we will all press someday. And not only in the field of leisure and entertainment, since video games and the word “gamification” have infiltrated, probably for good, the domain of many sectors other than those mentioned, such as education, health and tourism.

Video games are the star content of the future. Their growth is unstoppable and undeniable. What’s more, the future of this content is like a shooting star. It’s renewed every day as it seeks new goals, sometimes simple, sometimes complex.

With video games, the aim is to create sensations in a person who is playing at home. But video games are also used to make a patient in a hospital learn and feel like the main character, who shares their same disease. And to deal with social problems, like climate change or bullying, and to convey the history of past civilizations, halfway between gameplay and learning.

Video games are characterized by having a highly balanced learning curve that is based on rewards. As a result, they offer a very powerful tool to train and acquire skills.  They also provide a testing and simulation platform for new technologies. To give just one example, virtual reality is perfectly integrated in this regard. We can simulate an entire city or an airport, operate on a patient, treat phobias, recreate historical monuments and more. Many professionals acquire skills by using virtual reality and video games.

The play button also asserts the video game’s role as a cultural tool for passing along knowledge. Many classrooms rely on video games as elements of transmission and learning. A good example is the Discovery Tour that Ubisoft created for Assassin’s Creed. This Virtual Tour lets us fully explore a 3D recreation of ancient Egypt. We can interact with temples, pyramids and even the citizens of Alexandria, Memphis, the Nile Delta and the Giza Plateau. 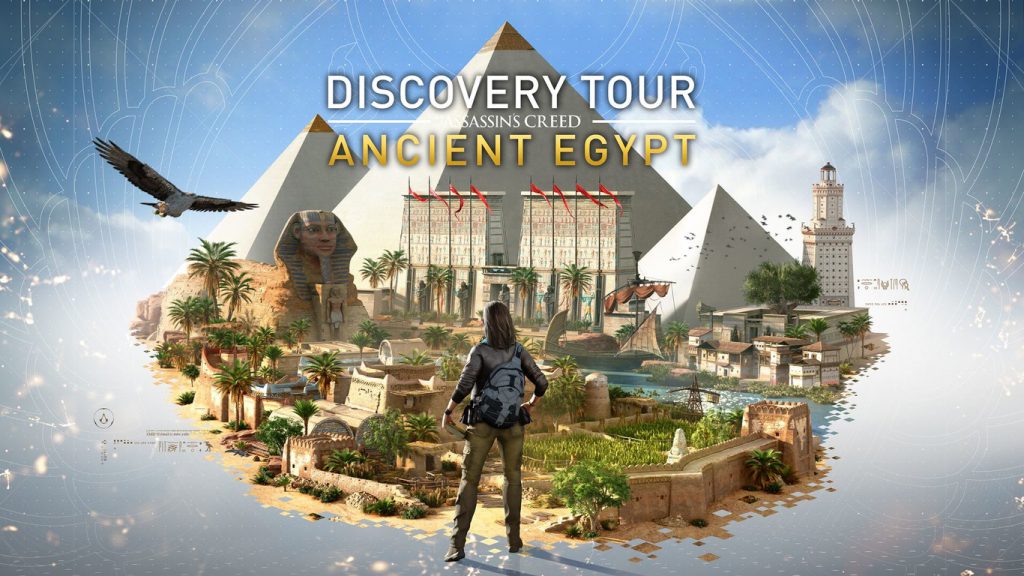 Associations like the UN are also using video games as a training method to address issues of global awareness involving climate change, poverty, dictatorships and hunger (with games such as Climate Challenge, Darfur is Dying, A Force More Powerful and Food Force)

Normalization is also marking another turning point when it comes to creating video games by incorporating thematic adventures and characters with different traits, characteristics, conditions or skills. Video games are being increasingly used to treat problems such as autism, bullying, depression and physical inactivity.

Do video games make us happier? They may. Or they may not. I couldn’t say for sure. I recently read that the purpose of video games is to create sensations, not emotions. And creating sensations makes it possible to reach emotions afterwards. Kinetic sensations, such as adrenaline, movement, interaction. Numbers, parameters. The speed of your character versus the speed of your enemies. The hit damage of your weapon versus that of your enemies. A structure is created where players understand the rules and can express themselves. Will he be the villain or the hero? Will she attack from up close or far away?

“Exercising the mind and body by using video games can help us improve our mental and physical abilities. The new ways to play and the benefits they create are a very appealing area of experimentation. Video games don’t heal per se, but they can make the treatment better”.

This is how Samuel Franco Domínguez, a specialist in Physical Medicine and Rehabilitation, researcher in Biomechanics and VR in rehabilitation and video game script writer, conveys his resolve to demonstrate that video games can be a great therapeutic tool. His study, “Video games for health”, is an excellent example showcasing how video games and therapies associated with technology can improve the day-to-day life of patients.

No, video games don’t heal, but they make us powerful. They nurture us with new skills. With new knowledge. They can calm some feelings by arousing other ones. ”Video games and virtual reality can distract patients during chemotherapy, imaging scans, painful movements in physiotherapy or when waiting before an operation”, notes Dr. Samuel Franco.

Another good example of the positive use of video games in hospitals is “HOPE” (Hospital-based Online Pediatric Environment in Baltimore, Maryland). Children from several children’s hospitals in the United States played online video games with other hospitalized children. The games lowered anxiety and depression, improved their quality of life and decreased pain in these children.

For the near future, researchers are already starting to test interfaces that read the EEG (electrical signals from the brain) and convert thoughts into movements in virtual environments or in video games such as Pong. The hope is that in the future, they will be useful for people with highly reduced mobility.

Experiencing what isn’t, but what really is.

I once read that what sets human beings apart from other living beings is our ability to create, maintain and unite universal “fictional realities”, such as money, politics or religion. What is money if not some metals and pieces of paper that have a made-up value? And what is playing?

We live thanks to fictitious realities, and the video game is our most representative “fictitious digital reality”: Experiencing what isn’t, but what really is. And it is everything.

So don’t think about it, give the play button a chance.