We live in a world in which values ​​such as trust, transparency and authenticity are increasingly in demand.

On the other hand, the distribution of powers is more balanced, resulting in horizontal scenarios in which the principle of collaboration in social and professional environments begins to prevail.

Two parties willing to collaborate in the spirit of mutual respect and good will go much further and contribute much more value to society than if that attitude is not continuously cultivated and nurtured.

Since I decided to entrepreneur a decade ago,  I was very clear that the essence and character of Ideagoras should have these foundations in all areas, including the relationship with our employees, suppliers, partners and clients.

And so it has been – and it is – in most cases. The relationships with the companies to which we provide services have always been characterized by scenarios of respect, trust, honesty, transparency, common commitment and reciprocal exchange of value. Maybe because of that, and also because the agency has never been the same – renewing itself and constantly reinventing us so that the promise of value always exudes innovation – relationships have been and are lasting.

But the exception proves the rule, and that ideal world which could for some sounds kind of fantasy,  sometimes has run into the old and tiresome paradigms in the format of relationship: the one who buys or can buy is the one who commands, and your position as agency must be that of submission and servility.

Well, no way. Because the one who wants to buy has a need, whatever it is, and therefore goes to the market: because it requires the best solution and does not have internal resources to satisfy it. And indeed, the market is free, but it is for both the buyer and the seller.

I refuse to accept situations of abuse and bad faith, and prefer to point out and confront them, rather than accept in silence what is unacceptable in all counts. It is simply to clearly mark a line that should never be crossed: that of RESPECT. The brand character is not only forged aiming at sustained excellence over time in performing services, but also by facing and publicly denouncing this type of situations that should – must never occur. 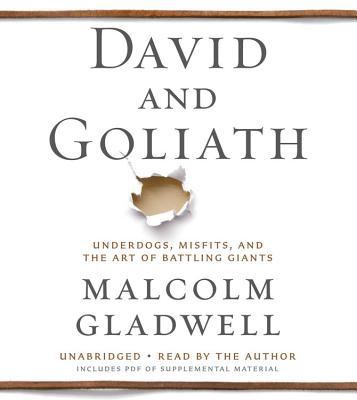 The prestigious Canadian sociologist Malcom Gladwell describes it clearly in his book “David and Goliath. Helpless, misfits and the art of fighting against giants “: the weak (or, rather, the underdogs, something like” the foreseeable losers “) are not really the victims, but those who, precisely because of their difficulties, arrive more far.