One of the first, most active groups in the early days of the Web2 were health professionals, especially doctors. People like Fernando Casado, Ana González Duque, Rafael Bravo, Enrique Gavilán, María José Alonso, Rafael Timermans, Vicente Baos, Salvador Casado, Julio Mayol, etc. were already present in the Spanish healthcare blogosphere, and with their Twitter accounts back in 2008, paving the way for the rest of us.

Thanks to them, many of us learned to understand and were attracted to these sites, finding them to be genuine online communities, forums to meet, discuss and exchange knowledge and opinions on everything related to health.

In those early years, some viewed these initiatives with skepticism, or even spurned them. As always, fear of the unknown generates defense mechanisms exposing people’s apprehension towards innovating…and being wrong.

Today, a snapshot of these spaces in all sectors reveals a glut of actors (obviously, including those who did not believe in this), a narrative in which automation and unidirectionality predominate, heated chats, supposedly open communities that are, actually, closed; egocentric and exclusionary messages devoid of rigor and intrusive in nature (including advertising), vapid discourse, a lot of ″noise″ and a certain wear and tear – well, I think a lot of wear and tear.

MIT published this white paper after its 2021 summit, from which a key message can be drawn and highlighted: social media is broken, and it is time to rescue the truth and regain trust. 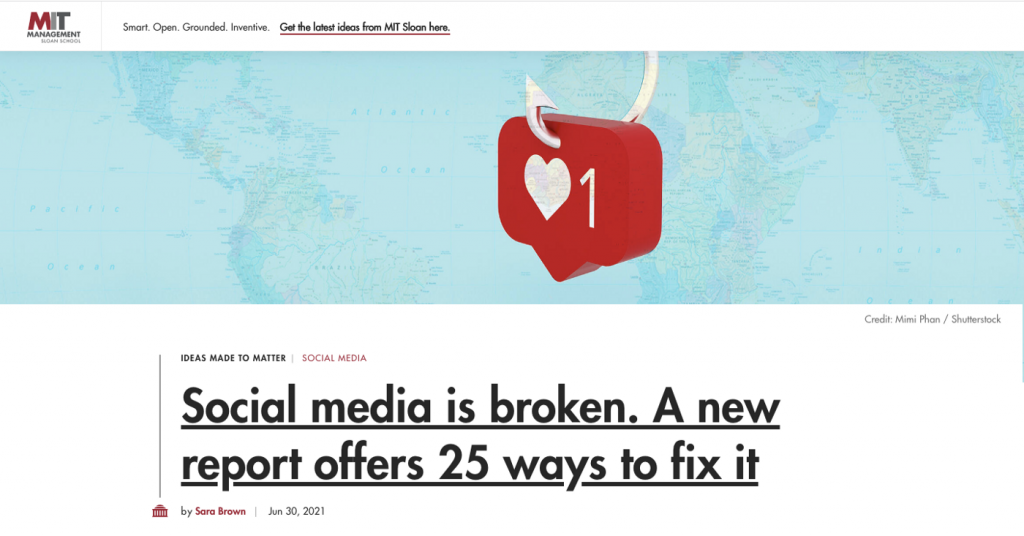 As you know, I firmly believe that the evolution towards the Web3, thanks to Blockchain technology, can help recover the essence and enthusiasm that we experienced during those early years of the Social Web. But, this time around, we will have sovereign control over our content, the data we post, and our own identities.

By the way, it is worth noting that it was in the same year, 2008, when we began to suffer the fallout of the global financial crisis. Now, in the middle of 2022, without having yet fully recovered from the previous crisis, we are once again weathering a very unstable economic situation, with a lackluster GDP growth forecast of 4.3%, well below prior calculations; a general government debt of 1.4 billion euros, 117.7% of GDP as of March; and with runaway inflation that is expected to hit at least 15% by December. Once again, a scenario of economic and social impoverishment. Paradoxically, this moment of technological change is framed within a new and serious crisis.

It is as if there is a historical correlation between times of economic crisis and major technological milestones.

Blockchain technology is quietly but steadily emerging to, once again, change everything. It is true that in the wake of the ″cryptocrash″ in the last six months, there are many detractors of this technology’s value, but the Web3 is, undoubtedly, on its way to becoming the Internet we will all be using in 2030. It is true that Blockchain arose with Bitcoin, but its real value goes far beyond the cryptocurrency market; it is an entire infrastructure/technological architecture that serves as the basis for the new digital era, rooted in the decentralization and tokenization of everything.

As Misha da Vinci states in this fantastic thread on her Twitter account, whether we want this future or not, it is already happening, and lagging behind in the face of technological change is not an option. Therefore, she issues a call to action that I heartily endorse, in which she invites us to:

Spurred by curiosity, while exploring, investigating and learning about different projects, a few months ago  I came across an interesting global initiative created and driven by health professionals, and built entirely on the Web3: ApeDocs.

ApeDocs is a community for all types of healthcare professionals, and is also open to anyone who is passionate about the world of health and technology.

It was founded by brothers Usama Syed, a dermatologist, and Shirin Syed, an internist, along with another physician who left his clinical practice to focus on emerging technologies and whose avatar is ″in-denial-doc.″ All three share an enthusiasm for medicine, art and the Web3.

The community is built around a collection of NFTs registered in Ethereum as category  ERC721 and available in the OpenSea store. It was designed in the style of the  Bored Ape Yacht Club and its legendary Non-Fungible Tokens, but adapted to the imaginations and experiences of health professionals. As they themselves state, it is a collection of just 10,000 NFTs for the more than 59 million healthcare workers in the world.

What advantages do members of the ApeDocs community who have one of their NFTs enjoy beyond being able to use it as an avatar for their digital identity on the Web3? 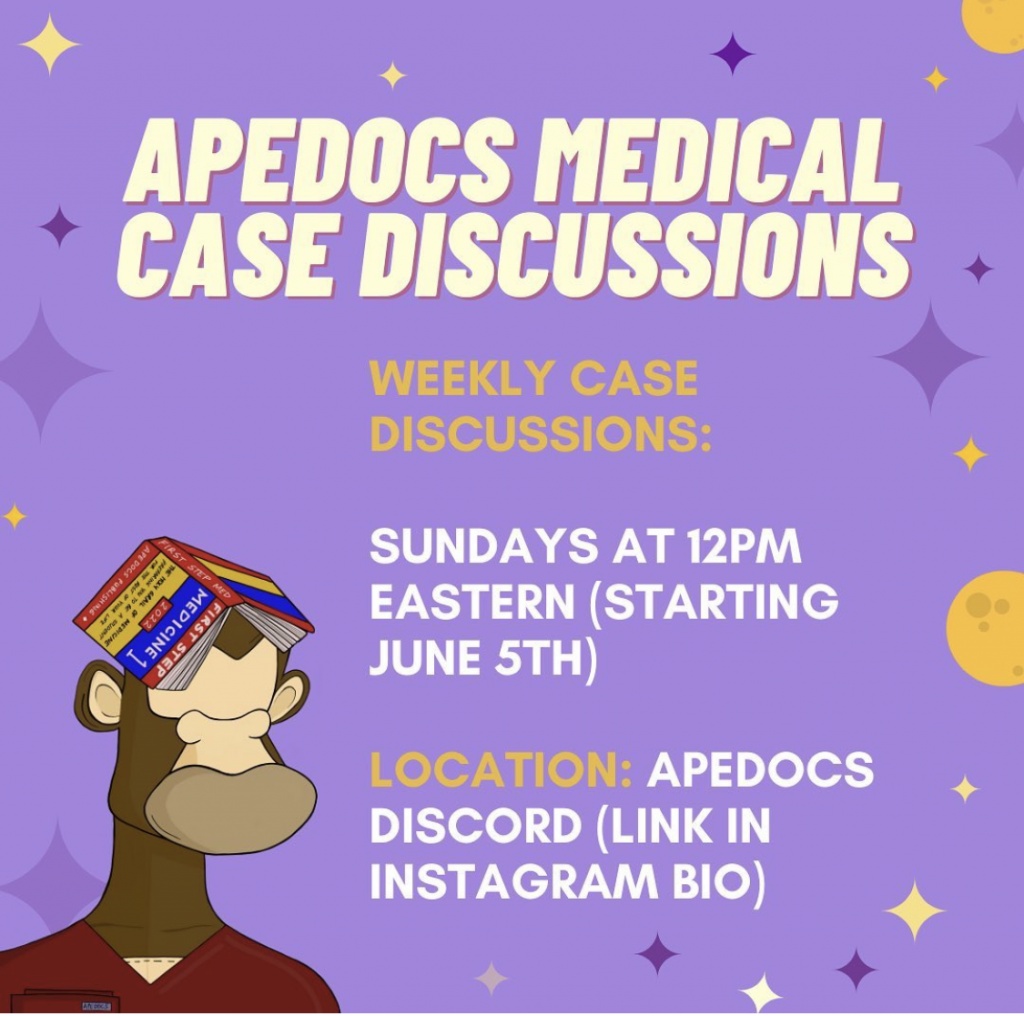 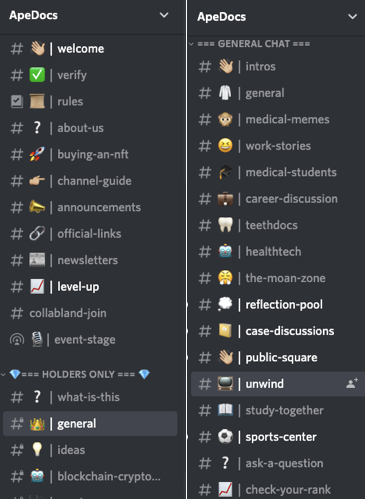 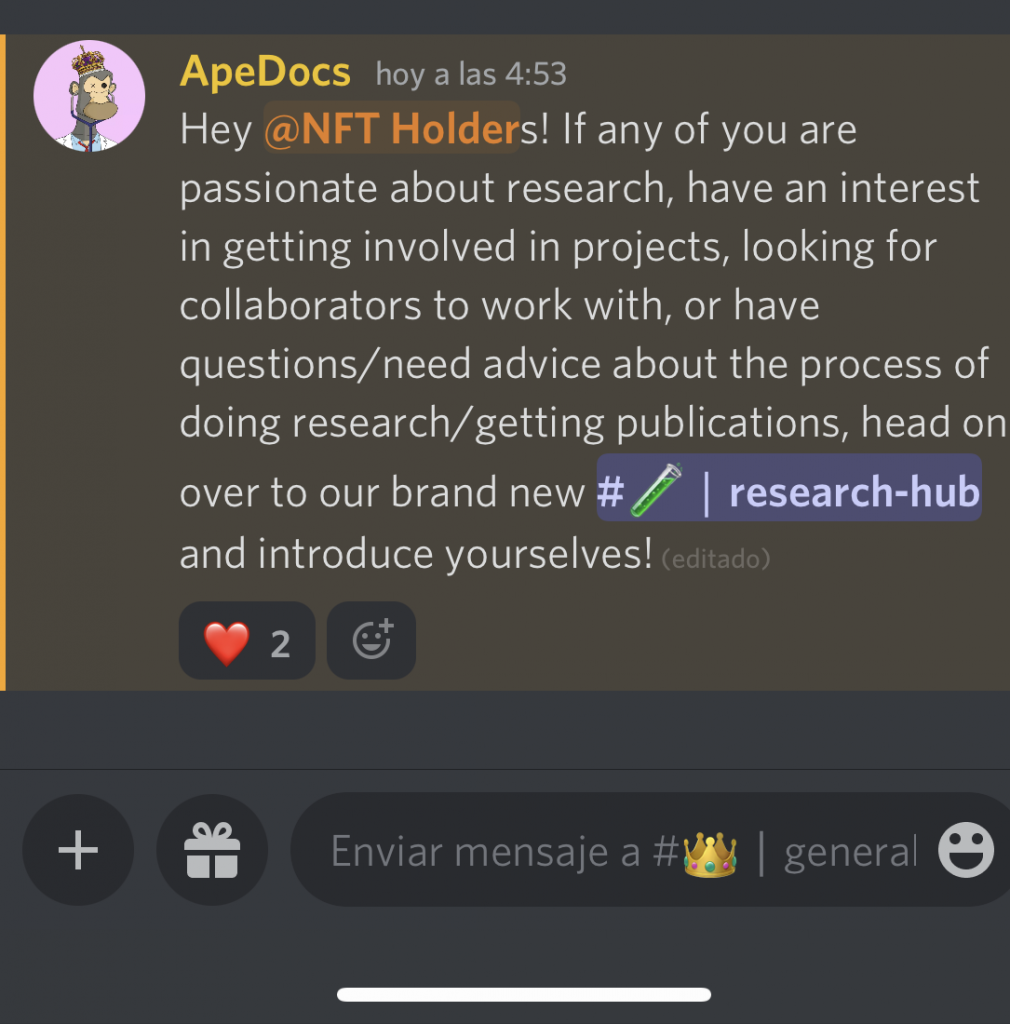 The project was launched in March 2022, and there are currently 240 people who own an NFT from this collection. Mine 🤓 is the one at the top of this blog post, the one featuring the doctor with the ultrasound device…and I can accredit ownership of it via the token transaction code at this Etherscan link.

Regarding its social networks: 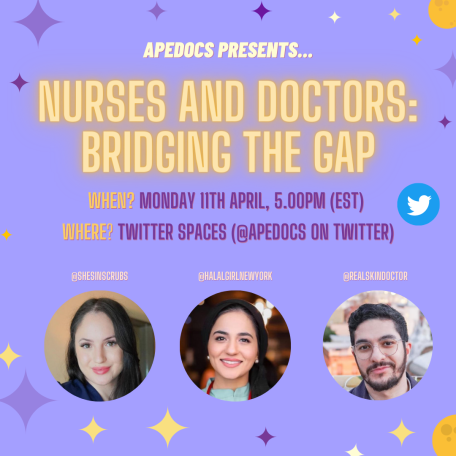 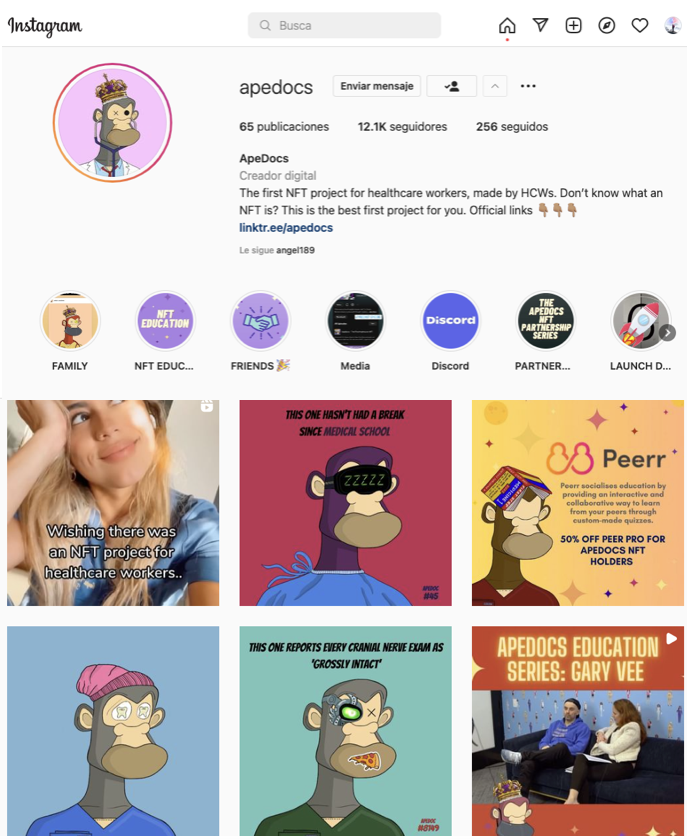 Well, I hope I have contributed something with this new blog entry. It is true that we are in the early stages of the adoption of the Web3, but that is the good news, because now we can all be part of this category’s construction.

Again, if you’d like to discuss this initiative in greater detail, I’m available on the centralized social networks … and also the decentralized ones 🤩.

Happy Summer to all, and don’t let anyone take the wind out of your sails or crush your dreams.