Just a couple of weeks ago there was a widespread feeling that this network was going down the drain: messages of farewell from tweeters, posts with the addresses of users on other social networks and channels, invitations to meet in alternative forums, like Mastodon, major advertisers ceasing their activity on Twitter until further notice, etc.

Well, now it seems that, for the time being, Twitter is still alive and kicking, and that some of the concerns about the network are being addressed through adaptations to what is beginning to take shape as the future of this application.

In any case, the general perception of the company’s current stability is still very worrisome:

Elon Musk himself has said that he still hasn’t ruled out bankruptcy, and said that he is going to do a lot of dumb things with Twitter.

Does all this mean he has no idea what he’s doing?

For the record, I’ve always said that, personally, I’ve never liked the public image that he cultivates, and reinforces, based on compulsive reactions, eccentricity and provocations; nor have I liked  some of his tweets in recent weeks, which have verged on violence and even blasphemy.

Nevertheless, my opinion on what is happening is that behind all this noise and posturing there is a vision and a very well thought-out strategy that I am convinced will lead to a radical transformation of enormous value for users, institutions and brands.

Musk’s technical background (Physics and Economics), his extraordinary career (PayPal, SpaceX, Tesla, Boring Company), his entrepreneurial spirit, and the fact that he’s risking his own wealth, warrants some trust and credibility.

A Mission: Freedom of Expression

Reading and listening to what Musk himself is saying (sometimes cryptically) helps us to surmise what is going to be the change in spirit and performance at the new Twitter 2.0.

I would highlight, in this audio session on Robin Wheeler’s account from November 9, the following key messages from the new owner.

Musk is talking about the creation of a content moderation council that will ensure a safe setting for individuals, institutions and brands. At all times.

He is committed to the further elimination of bots and fake accounts, as well as the verification of the largest possible number of Twitter users…for a fee.

By the way, the verification criteria seems to arrive as well to the tweets statistics: the verified views.

He is also talking about setting up a kind of spam folder for each user that will serve to automatically quarantine all those harmful messages, like we have in our email accounts.

An Economy of Creators

In 2021 there was already a first step to reward content generators on Twitter: super-follows. But, besides being a restricted option, it seems to have foundered.

Now, with the new Twitter this issue is being revisited in earnest, and for everyone; that is, to finally recognize the creators who bring the platform to life.

This will be one of the biggest changes in the medium term, as the monetization of content (text or video) by creators is one of Musk’s top priorities.

How could this be implemented?

This is not a new idea, as it is already being done by decentralized networks like DeSo and Taki.

Though in both these cases the degree of adoption and the critical mass of users is infinitely lower… for now.

We would be talking about a kind of web3 layer on Twitter.

What we do not know, however, is whether the data generated by users will come to belong exclusively to us, which would mean a strong move by Twitter towards Blockchain technology. This way, we would be sovereign in deciding whether or not to share data with the platform itself for ad sales ― in exchange for monetization, of course.

A true decentralization of Twitter would be the only way to guarantee the privacy of our identities and our data.

At the moment, the only sure thing is the encryption of DMs with the same technology used by Signal, an alternative to WhatsApp or Telegram that Musk recommended in 2021.

When Elon Musk talks about unwanted messages, he also sends the following message to advertisers: if the advertising is relevant, it will become information, and may even be part of recommended tweets…but if it is not, then we are talking about noise for the user; that is, spam.

Hopefully this will improve the quality of the paid advertising on Twitter. It has long seemed to me that most of it is manifestly intrusive and annoying, as well as counterproductive to the advertisers’ images. In fact, I think it is done just to hit certain numbers: followers, interactions, etc. for the glossy results report.

Advertising should be entertaining, Musk says in one of the latest tweets revealing what was shared internally with his team.

Because yes, there was a time before social networks in which the audience – then passive – received good advertising very well; in fact, they made it their own.

And then there is another kind, with Twitter and other networks, where you can build your brand purely through organic socialization, despite all the noise around it.

For me, this is the best way to advertise and brand on the networks: stop advertising, start socializing.

One Application for Everything 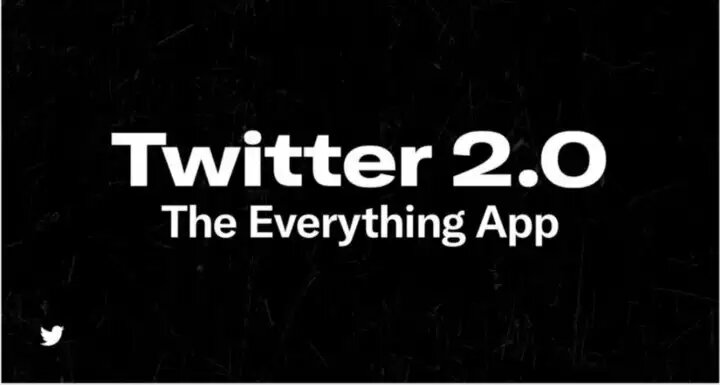 In July of this year, Musk already stated that he wanted to turn Twitter into a kind of WeChat for the entire Western world by integrating social networking, instant messaging, and payment services, etc.

Shopping and payments, without leaving the app, are also on the drawing board for the new Twitter Shops; hitherto restricted, it will be accessible for all types of merchants and any shopper using the app.

Thus, I think this man is creating what is destined to be a case study analyzed at business schools. It is certainly worth observing and discussing.

And I think he is also making the principle of creative destruction (coined in 1950 by Joseph Schumpeter) a reality: only those who innovate survive, because they adopt characteristics that make them superior to others, who are destroyed along the way.